An Open Letter to BC's Students and Families

As the people who work and teach in BC’s public post-secondary institutions, we experience firsthand, every day, how government policy is failing students and families. It’s time for a change of direction.

Until recently, all British Columbians had the opportunity to attend a college or university that was comprehensive, affordable, and accessible to students. Not anymore. Since this government took office in 2001, average tuition fees are 220% higher, provincial funding has steadily declined in real dollars, and government revenue from student fees is 400% higher.

Shifting the cost of education onto you, our students, has had devastating effects. When you graduate, you’ll have the highest levels of debt nationwide and the highest interest rates: BC’s average debt burden is $35,000 after four years. Some people won’t have the chance to enrol in the first place, because programs like adult basic education and English language learning, which used to be free, are now unaffordable.

The government predicts that 80% of future jobs will require post-secondary education, so why do they continually reduce investment in our colleges and universities and force students to pay more and more?

As educators, we believe our students should have the opportunity to contribute to a vibrant, diverse, modern economy without being forced into crippling debt. Many forward-looking jurisdictions are making post-secondary education more affordable but BCis moving in exactly the opposite direction.

The truth is that underfunding post-secondary education is bad for students, bad for the economy, and bad for the future of our province.

We’re ready to help our students learn, innovate, and meet the needs of our province in the 21st century but we can’t do it alone. We have proposed solutions at openthedoors.ca. With your help, we can make BC debt-free for students and families. 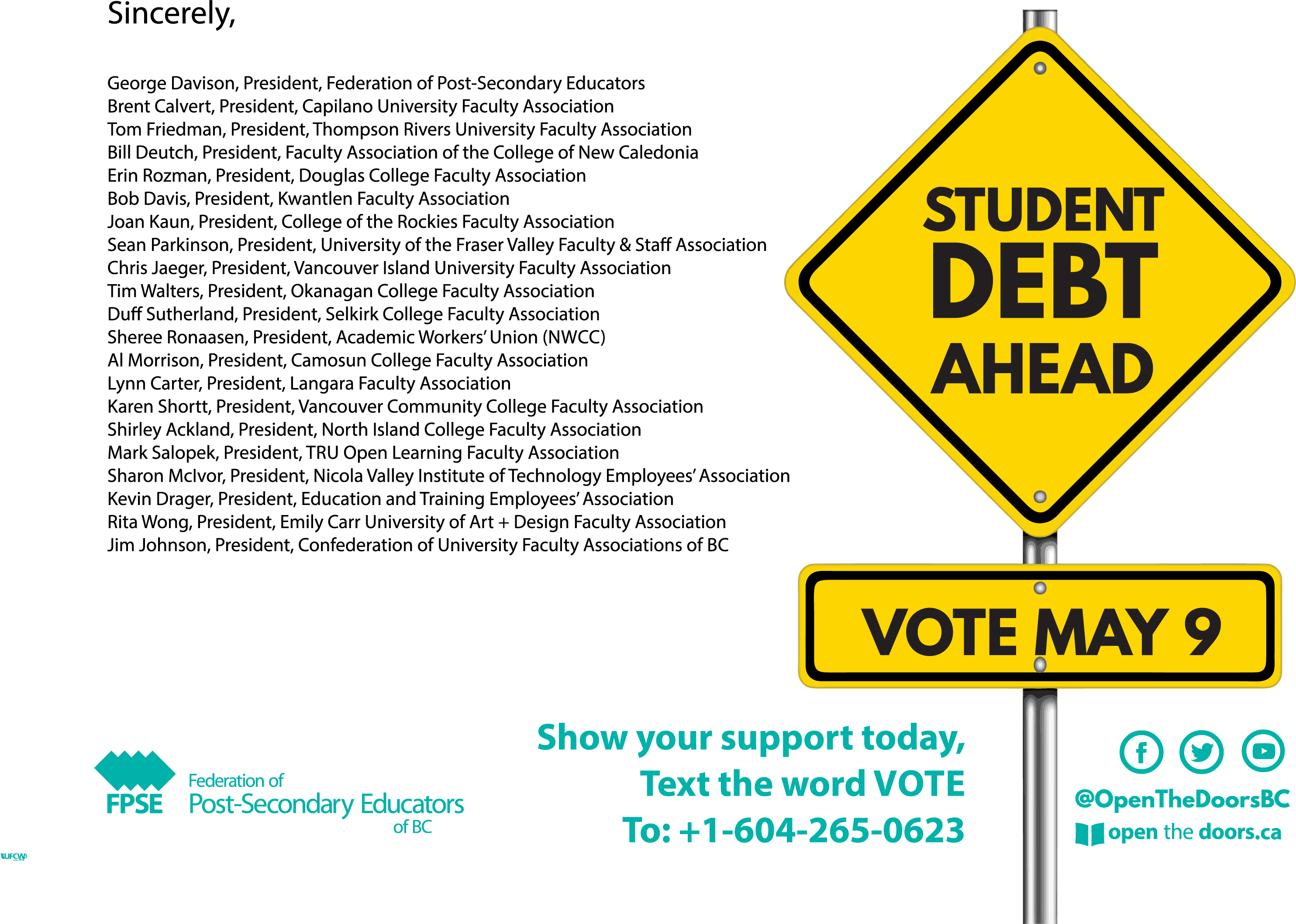